Over more than 45 years in racing world, Jefra Racing has become a team which is globally respected, working with many of the world’s most prestigious car manufacturers. 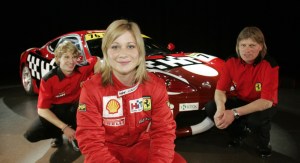 JEFRA Racing based in Ljubljana, Slovenia, which has been competing in many classes of motorsport for over 45 years. During that time the team has gained invaluable experience and considerable success in the CIK-FIA Karting World Championship, FIA European Formula Two Championship, Formula 3, European Touring Car Championship, GT racing, Ferrari Challenge series and most recently competing under the ‘Lotus Racing Karts’ banner and forming part of the Lotus Motorsport division. The team’s long standing performance in motorsport is a consequence of its professional work with it’s international sponsors and its outstanding coverage in all branches of the media. Well known International companies such as Group Lotus, Philip Morris, Texaco, Audi, Ford, Shell, Hit Casinos and Gorenje are just some of the names which have supported and benefitted from their association with the JEFRA Racing name.

In the world of karting JEFRA Racing is competing under the ‘Lotus Racing Karts’ banner and forming part of the Lotus Motorsport division. Lotus Racing Karts will field a factory backed team, operated by JEFRA Racing. With a formidable racing pedigree spanning over 40 years, JEFRA Racing has competed in many classes of motorsport. Lotus hopes that this invaluable experience teamed with leadership from Team Manager Franc Jerancic will form the basis of a truly competitive team.

And Franc Jerancic is the man to impress – talent spotted and recruited by him will have all the latest homologated material at their disposal, including two new chassis models ‘C30’ and ‘J32’ giving the Lotus Racing Karts team the edge as they take on the CIK-FIA international karting events for KF and KZ categories. Our equipment is used with several teams in the CIK-FIA World karting championships, where we also provide on-track technical assistance. The fit with Group Lotus is enhanced by the mutual commitment to innovation, technology and development.

During the past 40 years in motorsport the JEFRA team has concreted a wide and well respected relationship with many companies and media contacts. For the past ten years members of the JEFRA Racing organization have also been used to provide the technical commentary and expertise for Slovenian TV and radio stations covering the FIA Formula One Championship throughout the world. The Slovenian base of JEFRA Racing also provides the perfect stepping stone to the expanding markets of the former Yugoslavian countries as well as the rest of Eastern Europe including Hungary, the Czech and Slovak Republics.